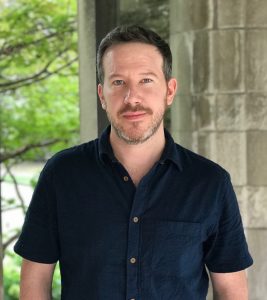 Edward Duff was born in London, England and grew up in Michigan where he studied at the College for Creative Studies and Wayne State University. Duff’s family are New York City natives, and the majority of his childhood was spent traveling between the midwest and the east coast. It was through his years spent along the rugged coastline of the Atlantic Ocean that he formed his love of both landscape and the sea. He has exhibited his work nationally gaining numerous awards for his paintings. Duff has gallery representation in Connecticut, Florida, Michigan, Newfoundland and Tennessee, and is a member of the National Oil & Acrylic Painters’ Society and the Oil Painters of America. Additionally, Duff is an art instructor teaching painting classes and workshops throughout the state of MI. He worked as a Studio Assistant for the Detroit Institute of Arts, the Art School Director for Paint Creek Center for the Arts from 2011 – 2014, and has been a member of the Birmingham Bloomfield Art Center Faculty since 2014.